A rare giraffe was saved and freed by a group of brave rescuers after metal wire was spotted wrapped around his neck.

The amazing video footage shows animal rescuers in the Democratic Republic of Congo tackling the giant animal in order to remove the life-threatening wire. 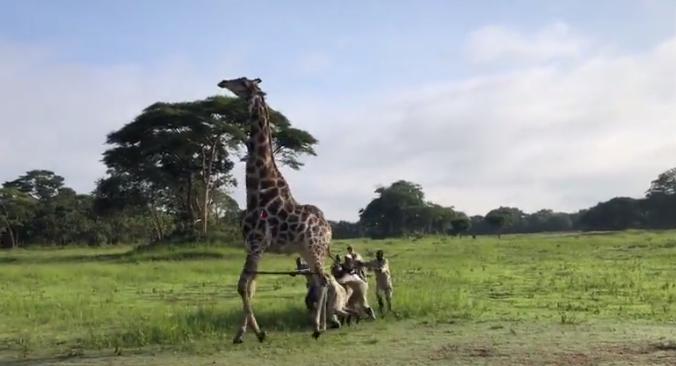 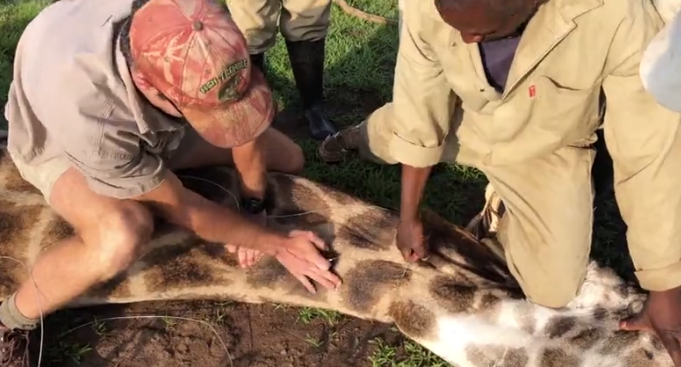 Neil Parsons, who led the rescue effort at the private game reserve, reportedly told Caters News, “It had wire wrapped around its neck, which was constricting, but hadn’t cut into the flesh yet. If left longer, it probably would have cut into the neck and eventually killed the giraffe.”

The team first tranquilizes the giraffe and then runs quickly over to catch him as he falls so he doesn’t hurt himself.

They have to work together to hold his long neck down so that Parsons can cut the wire. 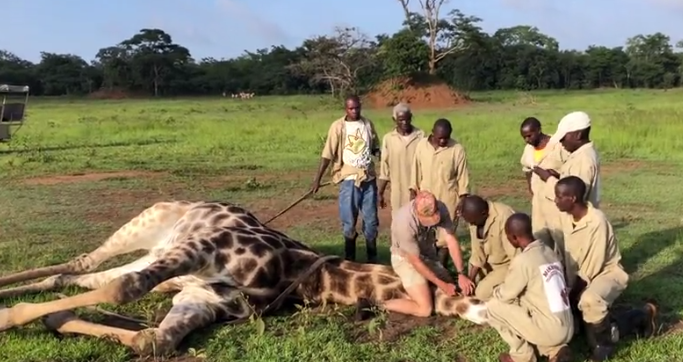 After being checked over by the team, the giraffe can then be seen leaving the rescuers grips and happily moving into the distance where he joined back up with his herd. 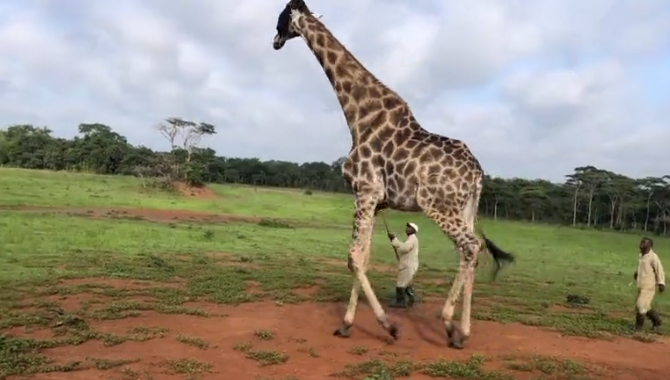