Back in September 2015, Rachel Butler rescued ‘the thinnest dog in the world’ – and today he is happy, fully recovered family pet, and even got to walk his owner down the aisle at her wedding. “Having our beautiful dog at the ceremony made us both feel so proud at how far he has come,” Butler told Sunday People. 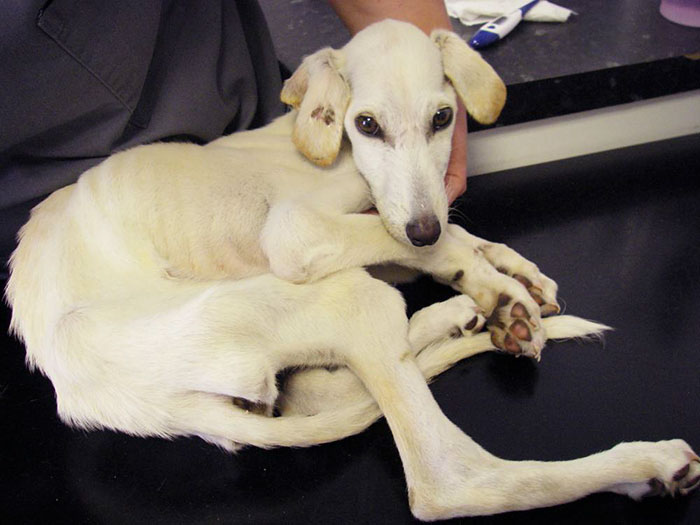 “He looks like a walking skeleton,” RSPCA animal shelter inspector Nicky Foster said of William at the time he was found. “He is the thinnest dog rescue I have seen in the ten years I have been an inspector. You can see every single bone in his body.” The canine weighed only 6.5lbs instead of a healthy 22lbs and had to be always wrapped in a towel to stay warm William was previously owned by Christopher Rushton and Kirsty Hales. They got the pooch after seeing him advertised on the internet but didn’t have the slightest idea how to look after a puppy. The couple admitted having inflicted animal abuse to the doggie. They were banned from dog adoption and keeping animals for life and got 35 hours of unpaid work.

We’re just happy that it’s another puppy adoption with a happy ending. He looked so adorable at the wedding with that tweed collar and bow tie!