Odds of survival are sadly slim for a lost baby squirrel all alone in the world — but lucky for this little guy, he found just the people to help him make it through.

Police in Mainz, Germany, were alerted to the distressed squirrel after a concerned resident spotted him on the ground beneath a tree, presumably after having fallen from his nest. Officers responding to the call were, rightfully, hesitant about stepping in too quickly — hoping the situation would resolve itself. 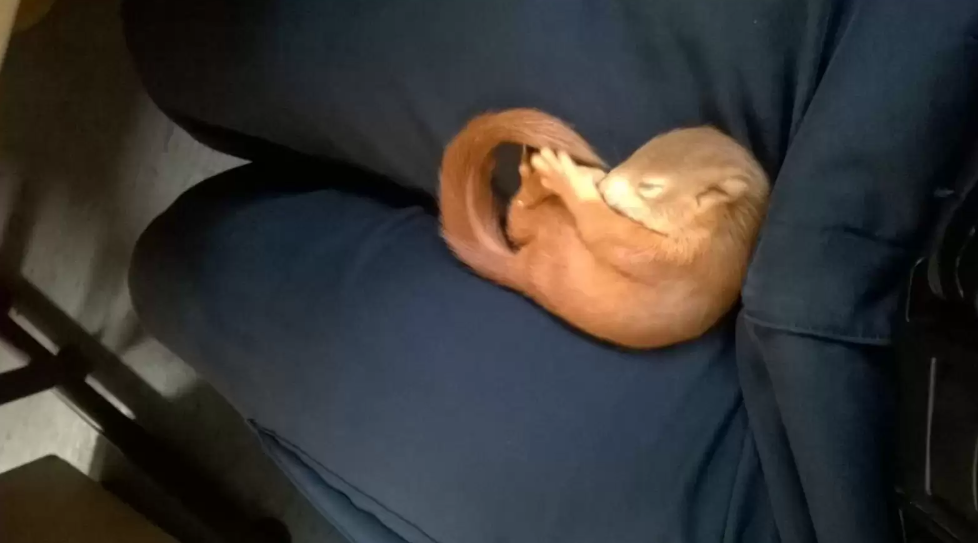 “We looked at him for a while, because his mother was still up on the tree, but she didn’t come down to help him,” a spokesperson for the Mainz Police told The Dodo. “[He] became weaker and weaker so we had to intervene.”

They scooped up the little squirrel and tried to take him to an animal shelter, but the shelter was closed. So, one of the officers consulted a vet on how to care for him herself. Afterward, she took a snap of the squirrel about to take a nap on her cap.

Since then, the baby squirrel has been growing stronger under police care and protection back at the station. They even gave him a name — Peter — and declared him their new mascot, for the time being at least. 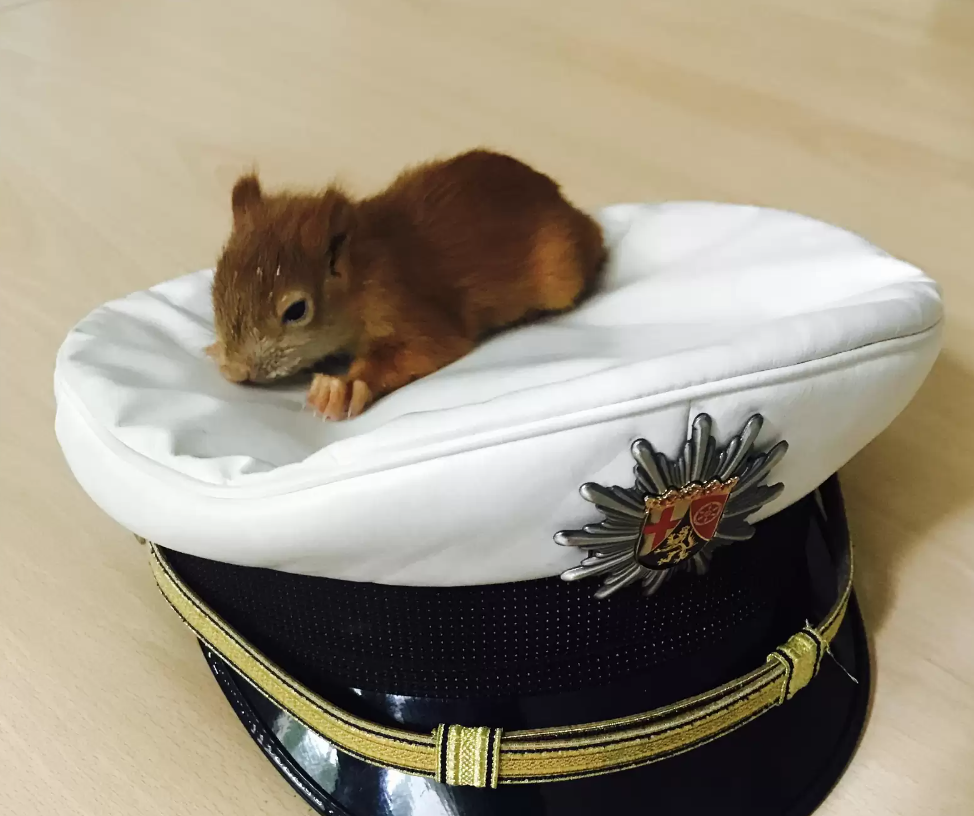 Fortunately, Peter’s rescuers recognize that his proper place is back home in the wild, and that they are simply there to help him back from the brink. In a few days, the police plan to take the squirrel to a rehabilitation center, where he’ll be prepared for release.