Pomeranians are one of the smallest dogs in the world, outsmalled only by a chihuahua and Yorkshire Terrier. They are commonly known as the shortened form Pom and are just the cutest little fluffballs with adorable jellybeans for their paws and we just can’t get enough of them. Even though they might not look like it, they’re extremely strong and are even closely related to wolves and sled dogs. They’re a spitz breed and were much bigger animals until the 19th century. Queen Victoria played a huge part in that. 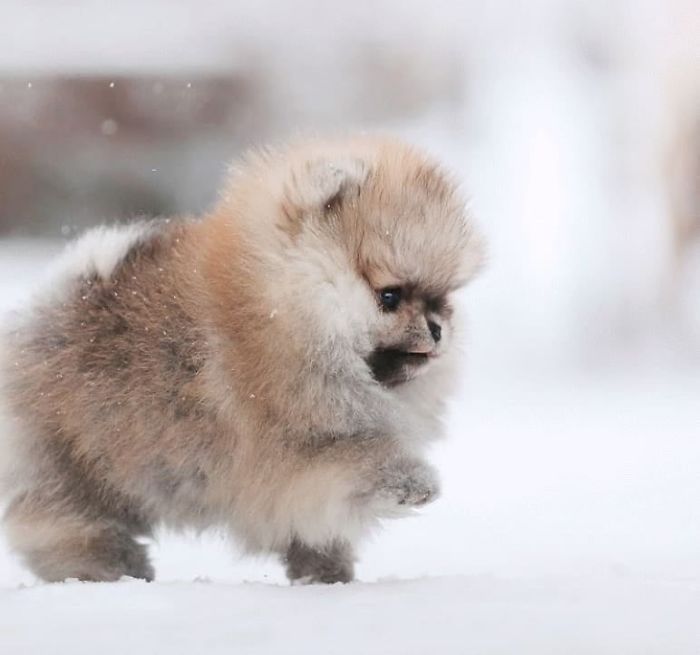 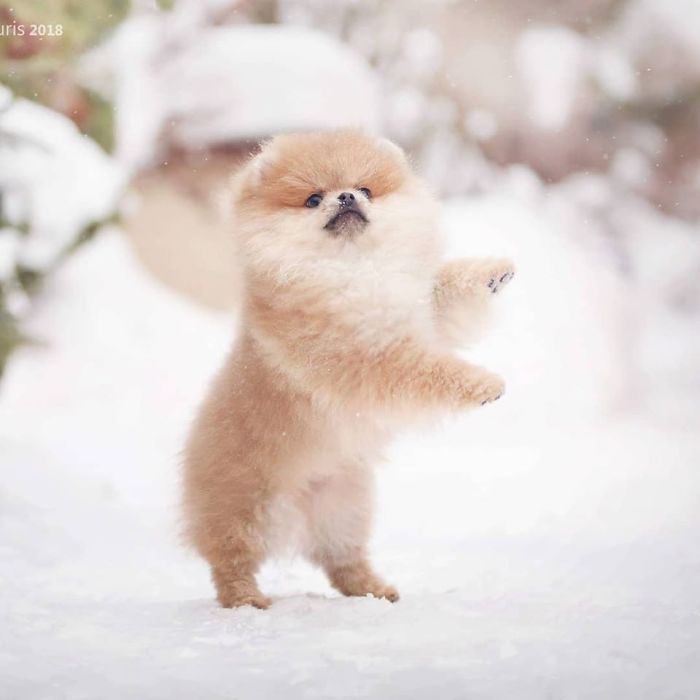 She owned a Pomeranian that was particularly small for those times and people wanting to feel as royal as she, wanted the smallest Poms possible. Consequently, in the Queen’s lifetime alone, the size of the breed decreased by so much as half!

Even though Pomeranians are thought to originate from Iceland, these particular cuties jumping around in the snowfall are the stars of Jolly Sprite kennel in Russia, owned by Elena Aleksandrova who prioritizes the health and correct anatomical build of the doggos. She also says that not only are the looks important but a stable psyche as well. 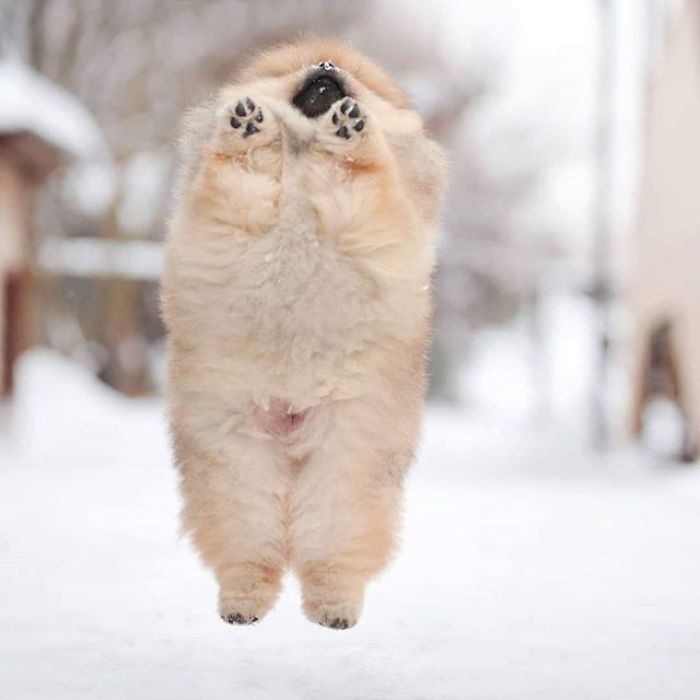 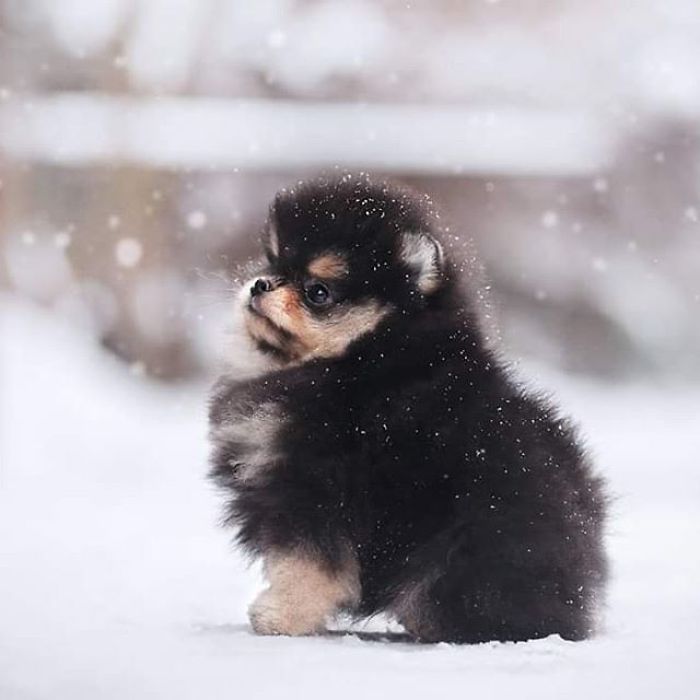 The fluffs get their name from a small region in northeast Germany, called Pomerania. That’s where they began to be bred purposefully to resemble the little fluffy teddy-bears we know today. 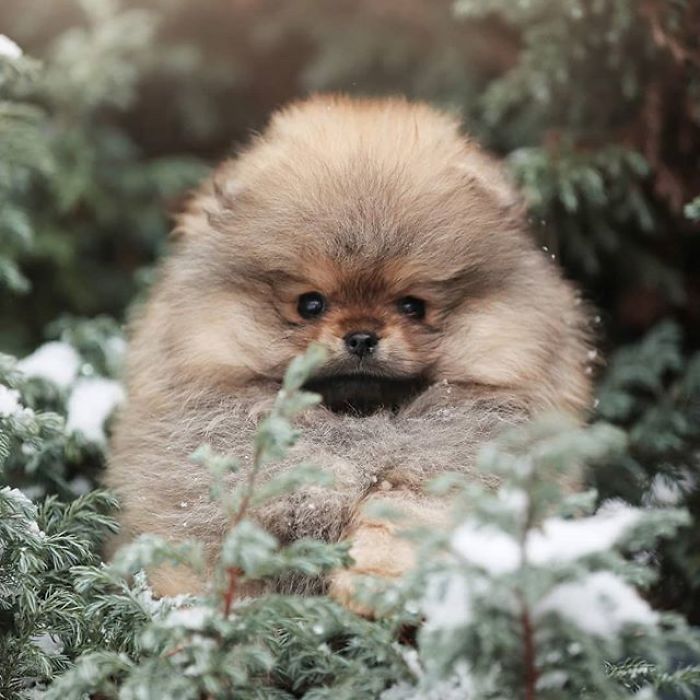