A while back, when Kelly O’Connell was working at an animal shelter, a 12-week-old black lab named Charlie was brought in after being found in a shopping cart. Kelly wasn’t looking for a dog at that time, but… “He came in, and I was like, ‘Yup. I’m taking this puppy home,’” Kelly said. 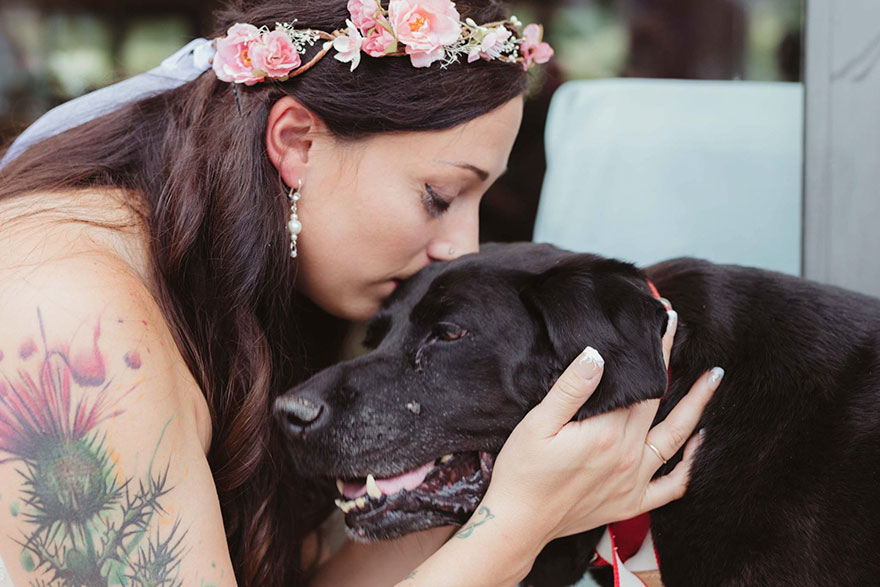 As time went by, Kelly met James Garvin, and they fell in love. Kelly and James (both veterinarians) got married in September, and they wanted 15-year-old Charlie to be there. Sadly, Charlie had been diagnosed with a brain tumor earlier this year, and he was very weak. He had 5 seizures the week before the wedding, and Kelly was getting ready to put him down. 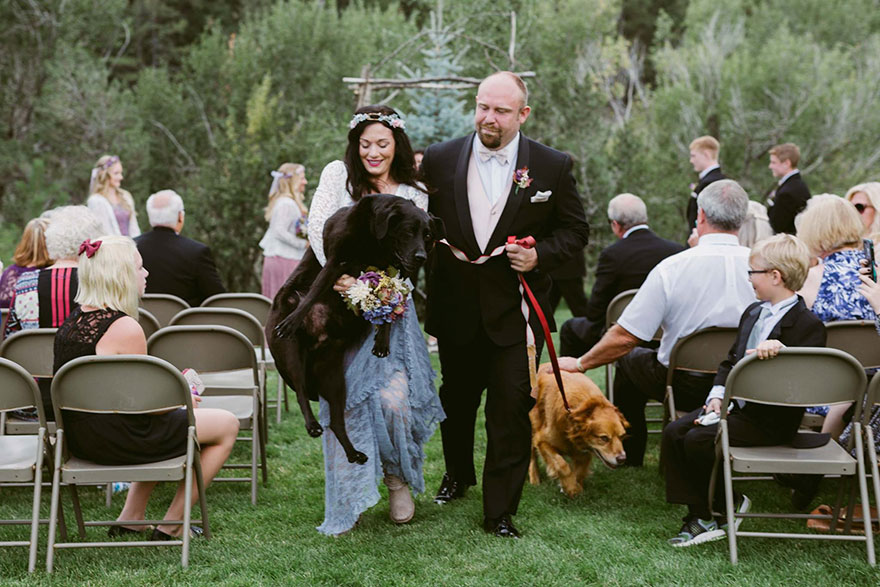 Then suddenly, the week of the wedding Charlie had no seizures. He “seemed like a whole new dog,” O’Connell said. And guess what? He DID make it down the aisle. But he couldn’t make it back… That was when Kelly’s sister picked him up and carried him. The moment was so emotional, everyone burst in tears. “James and I just grabbed onto him, and we just kept saying, ‘You made it, buddy, you made it,’” Kelly said. 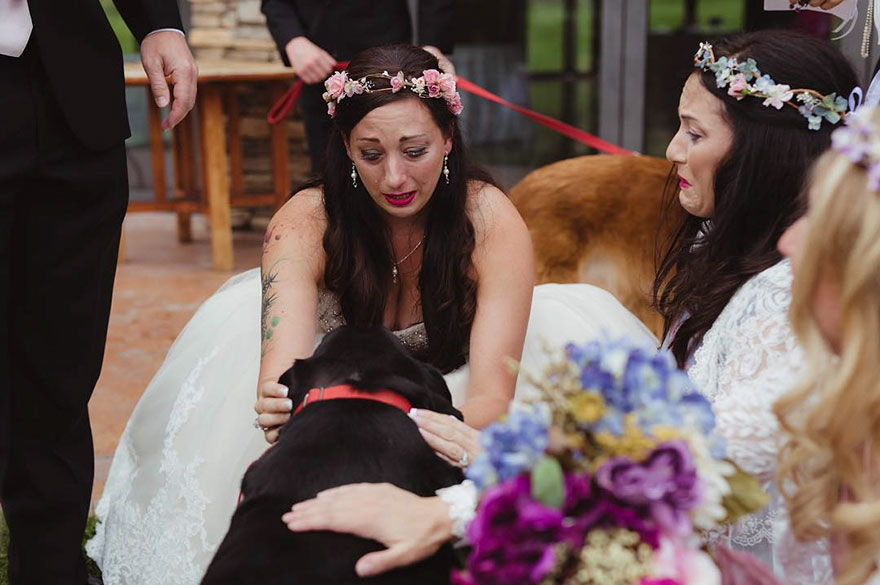 A bit over a week later (September 9th), Charlie was put down. He died peacefully, in front of the fireplace at home and surrounded by his loving family. “It was a phenomenal 15 years. That’s for sure,” Kelly said. 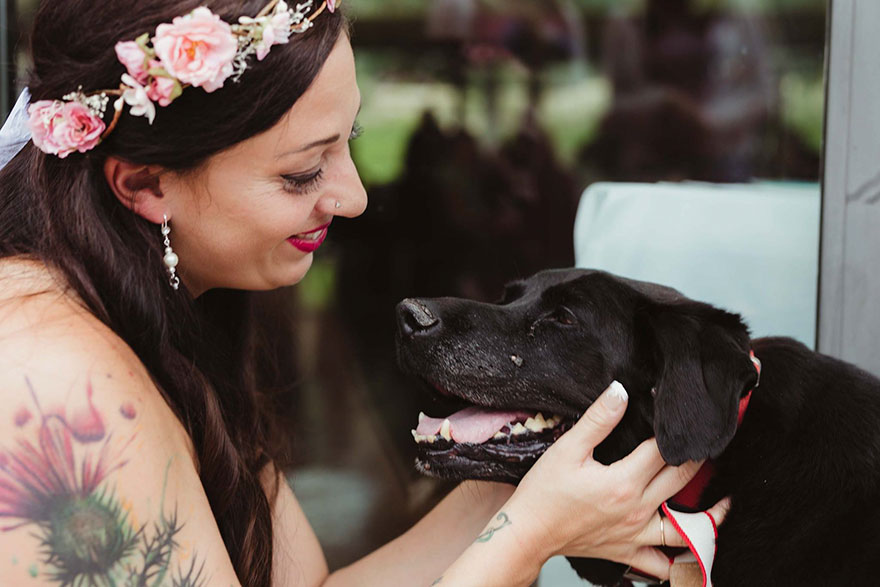