After volunteering for more than three years, a friendly cat gets a job at the train station in Stourbridge, West Midlands, England, and becomes the “official chief mouse catcher.”

George, a ginger kitten, came to the station when his original owners had to relocate from the United Kingdom and were unable to take him with them. Since then, the six-year-old feline has worked hard to win people’s hearts and show that he is capable of doing his job.

He has consistently patrolled the station for the last three years, leaving dead mice as gifts for his fellow station members. 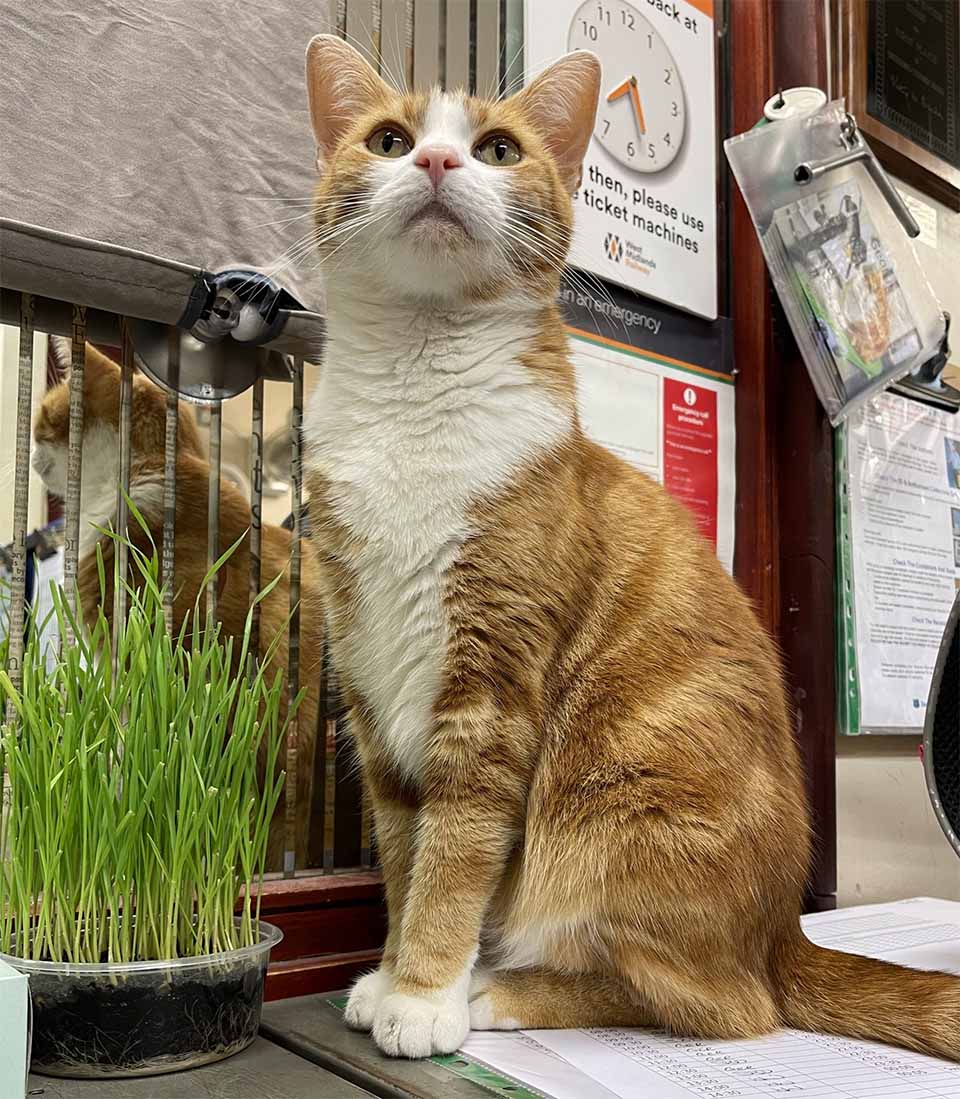 TWITTER/ GEORGE THE STOURBRIDGE
It only seems right to give him a legitimate title and formal profession now that he’s spent so much time helping people get rid of mice.

George will return to the station as an official employee, with the title of “Chief Mouse Catcher” on his shoulders. 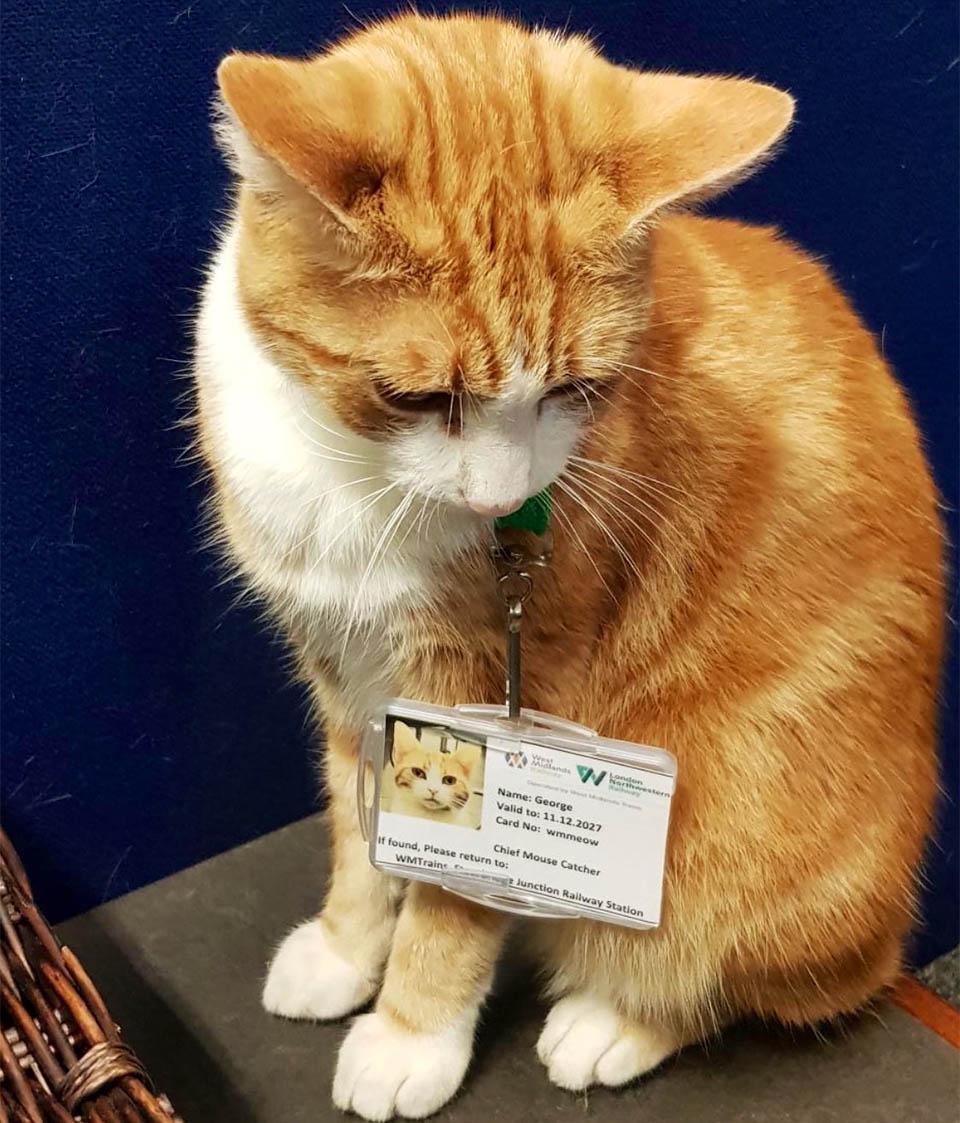 TWITTER/ GEORGE THE STOURBRIDGE
You’ll also get your own badge and an eye-popping paycheck consisting only of sweets, delectable food, and tons of hugs from your followers.

According to the Daily Mail, station manager Simone Carter said:

“George began roaming about the station and was taken by supervisor Ian Tomlinson, 66, to the ticket office, where he made himself at home. They developed a strong relationship, and George would frequently wait for Ian to finish his task.” 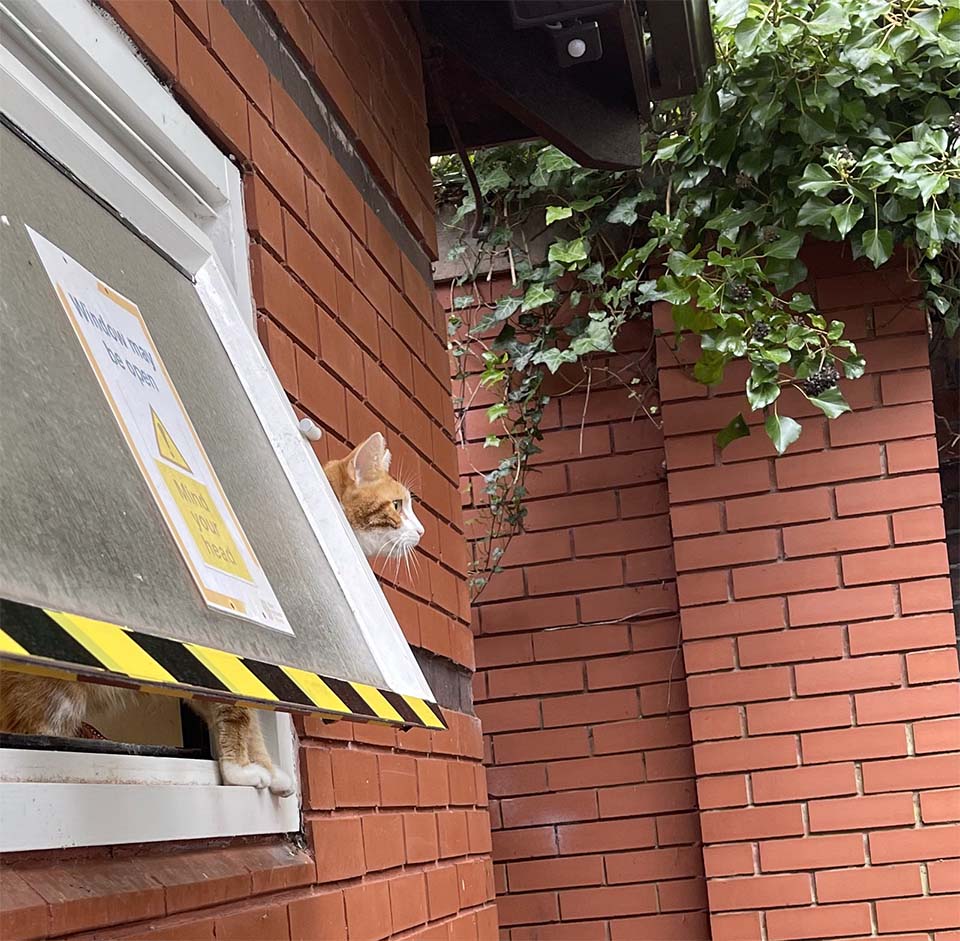 TWITTER/ GEORGE THE STOURBRIDGE
Ian wanted to return the kitten to his owners when he first met him, but they urged him to adopt him because they were going out of the country. George has since made the station his own comfy home, complete with his own bed. 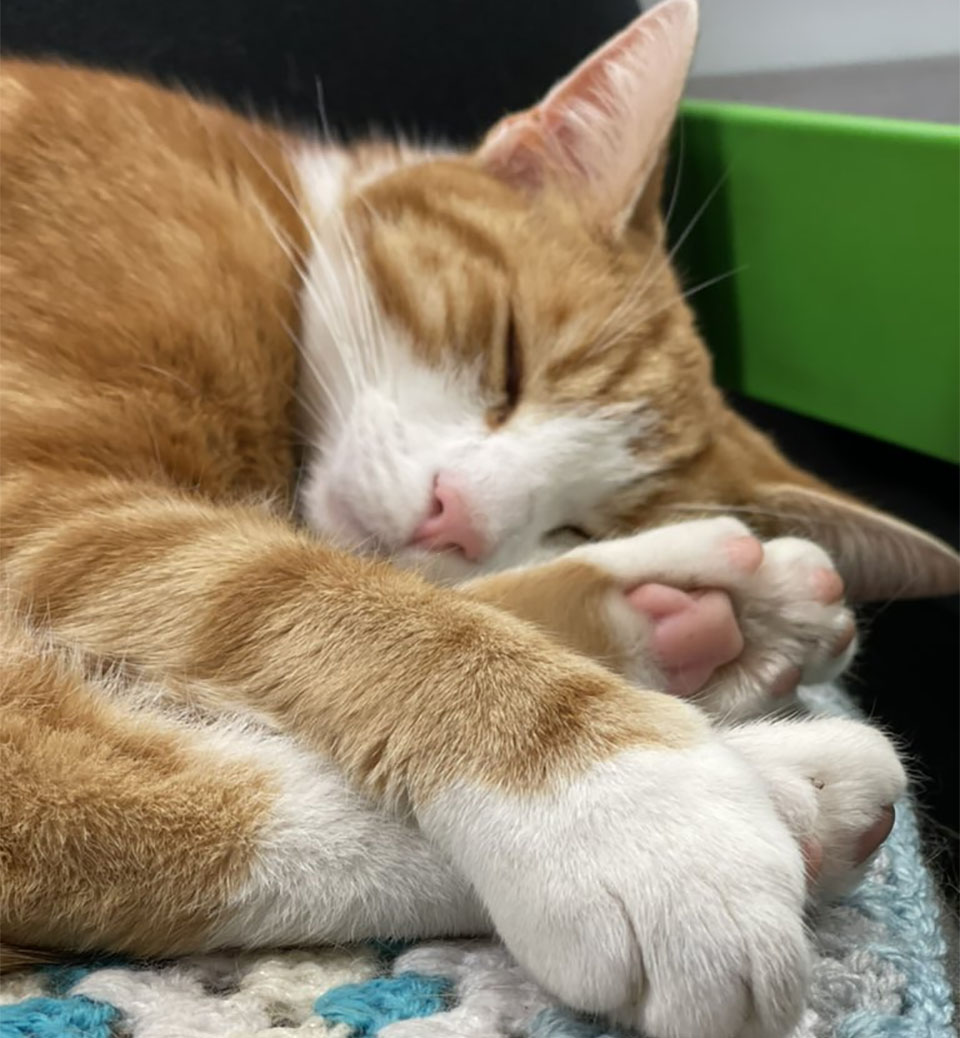 TWITTER/ GEORGE THE STOURBRIDGE
George has become a huge hit on the station, with admirers sending him presents, toys, and snacks from all around the world.

“George has garnered a lot of admiration throughout the years. We set up a Twitter account for him, and he now has followers from all around the world. Australia, Japan, and even New Zealand have sent him presents. It’s incredible.” TWITTER/ GEORGE THE STOURBRIDGE
Because the redhead receives so many presents, Ian has chosen to donate them to charity so that they will aid other cats or animals in need. But the kitty’s celebrity doesn’t stop there; a local brewery has named a drink “George’s Rail Ale” after him. 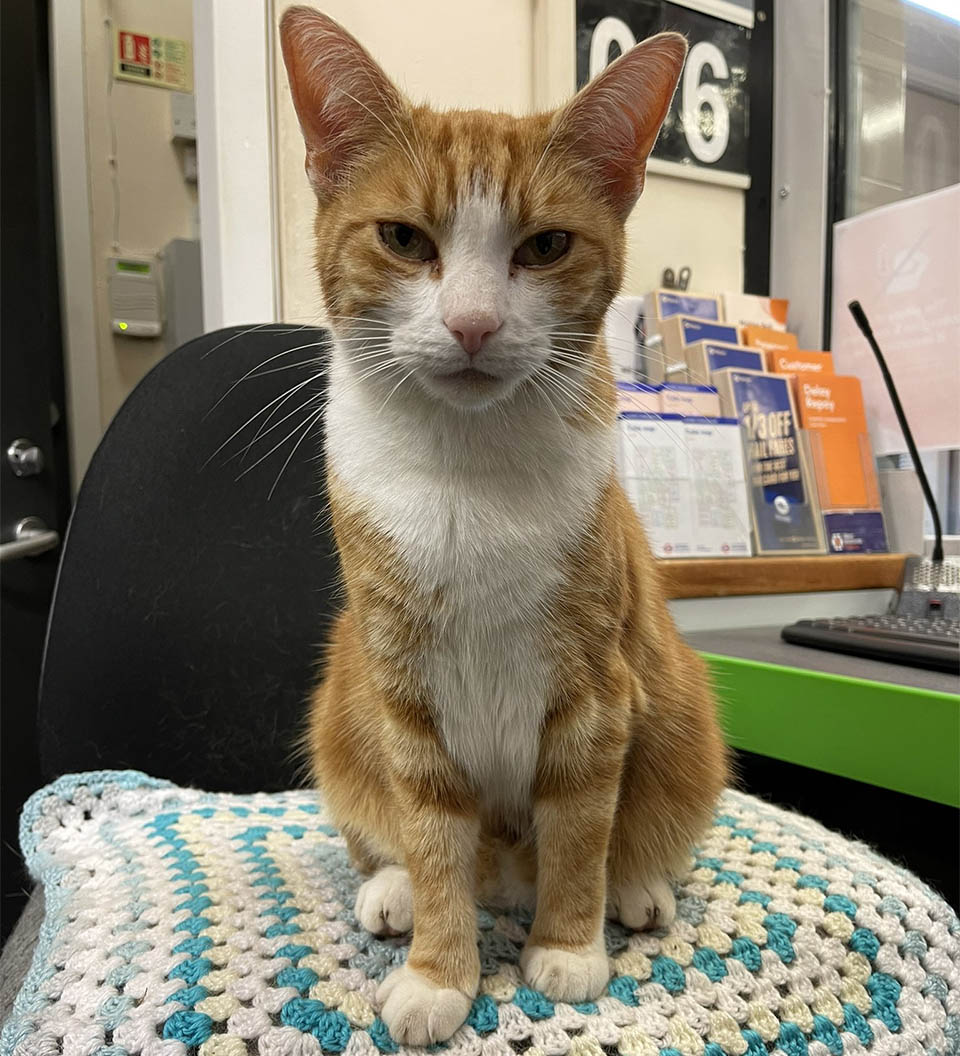 TWITTER/ GEORGE THE STOURBRIDGE
The greatest part is that the proceeds from the drink will be given to organizations that help kittens and other homeless animals.

Simon had this to say:

“George is well-liked by everybody who come through the station, and he is frequently looked after; he even has his own badge as the ‘Senior Mousecatcher.’”

George will continue to benefit from his celebrity and new job at the railway station until he is ready to retire. 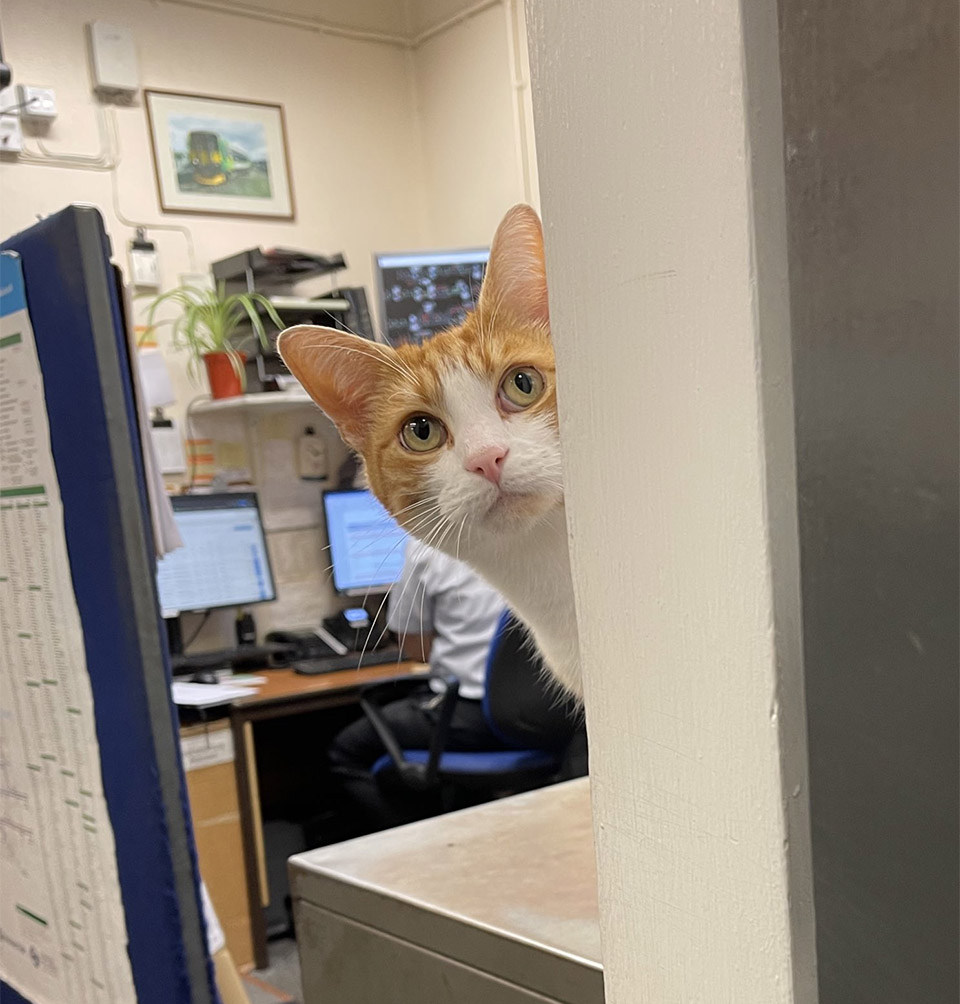 TWITTER/ GEORGE THE STOURBRIDGE
Ian intends to drive him home when he retires at the end of 2021, since he does not want to abandon his closest buddy. Ian has worked for more than 50 years, and we will have to wait to see if George will join him in retirement.