Jennifer Rutter typically appreciates the beauty of animals via the windows of her London home, but she has had an incredible and beautiful visitor since February. Jennifer’s yard is frequented by a fearless little fox who likes sunning on her windowsill. She couldn’t be happier with her delightful guest.

The woman is unconcerned about having a wild fox as a neighbor, especially because it is a very friendly and quiet animal. In addition, as a token of appreciation, he typically puts Jennifer some gifts outside her window.

Jennifer explained to The Dodo:

“I see that fox virtually every day, and she’s one of our neighborhood’s favorites. From their rooms’ windows, the children look after her.

“She appears to be quite courteous and nice.” Apart from the rubbish she leaves in my yard, [she] gets off the sidewalk to let others by, and she’s really welcome! He’s given me so many ‘gifts.’ I had a bag of rotting lemons, a bunch of chicken legs, a solitary sausage, and a small toy car; bread seemed to be a popular item.” 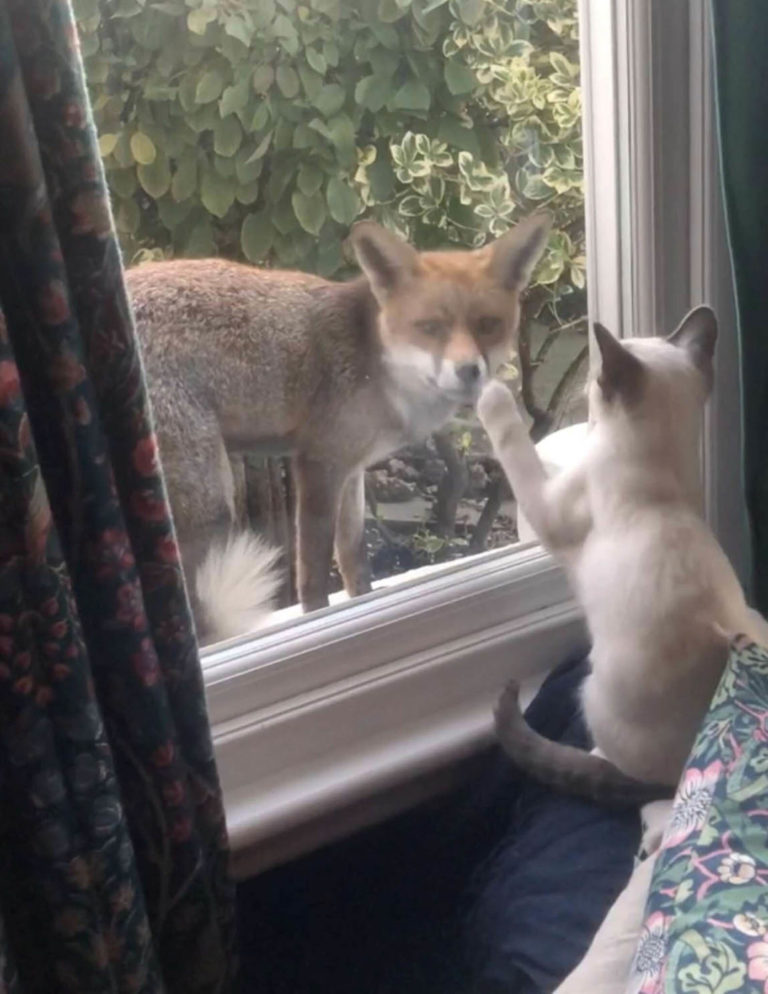 CREDIT: IMAGE/ JENNIFER RUTTER
However, no one had actually engaged with the wild animal until that point, so when Rutter’s cat Dodo decided to make a new buddy, he didn’t hesitate to approach the interested fox.

Dodo was in the home office with her mother when the fox reappeared at the window. So, without hesitation, the bold kitten chose to take advantage of the opportunity to play with the wild fox. 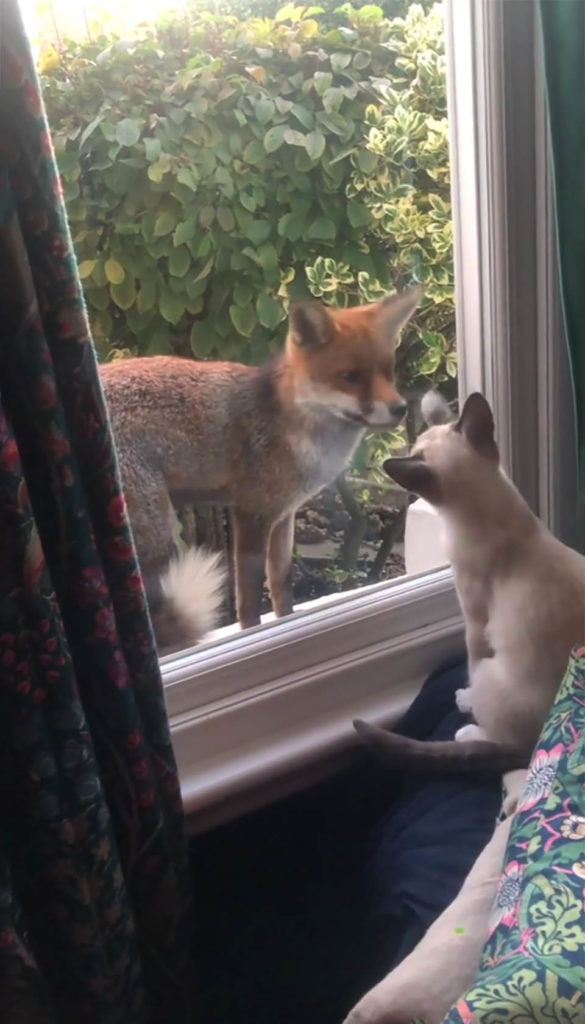 “I was on my knees with Dodo, pointing to the fox. She leaped out the window, attracting the fox’s attention, and I began shooting. I’d never seen them communicate before, and seeing them mimic each other was quite poignant.”