Kristina Hollie and a coworker were waiting on the bus at Harvard Square in Cambridge, Massachusetts, when they noticed a cute puppy running errands with his mother. His mother was getting ready to go to the post office, but she was unable to take the puppy with her. She started tying him to a tree, and what happened next melted everyone’s hearts.

Hollie told The Dodo, “It was quite chilly and windy out.” “I realized he was obviously trembling.” She certainly noticed because she removed her jacket and placed it over the dog as he sat. Perhaps she feared he’d kick it off, so she knelt down and zipped it up around him!” 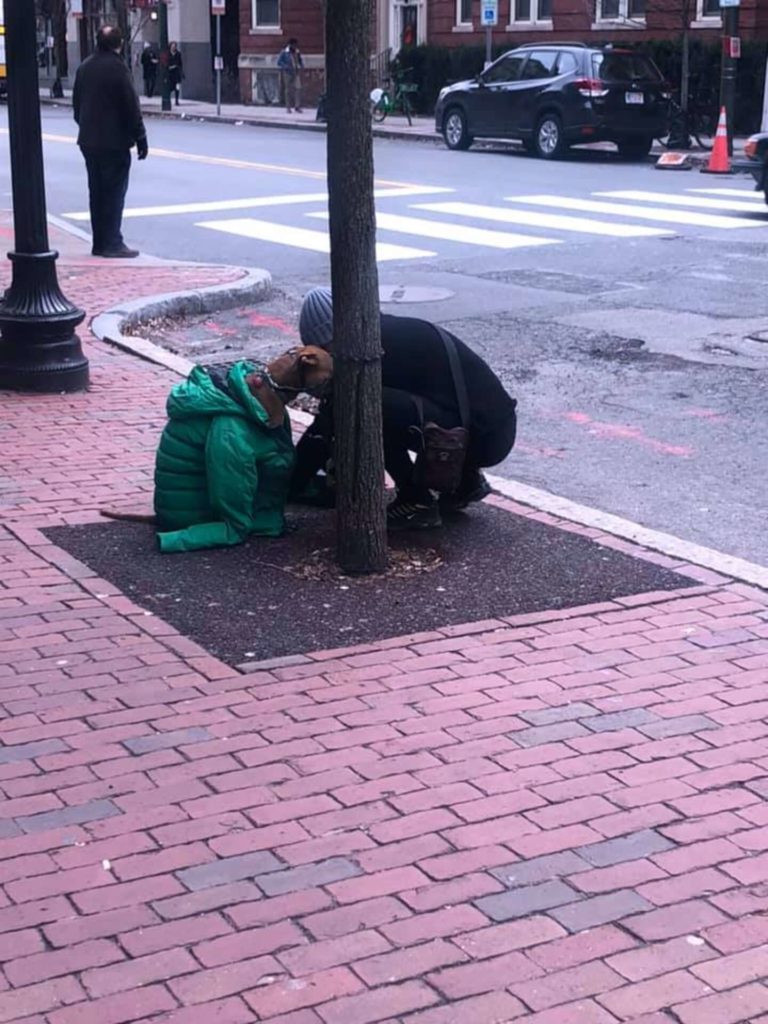 CREDIT: KRISTINA HOLLIE
The dog sat perfectly still while his mother wrapped her jacket over him, ecstatic to be wearing something warm. If she could, the lady would have brought her dog inside, but since she couldn’t, she wanted to make sure he was as comfortable as possible until she returned, even if she was only gone for a few minutes.

“I told her what she done was really lovely and considerate as soon as she stood up and walked by me,” Hollie added. “She just said, ‘Thank you!’” “I don’t want him to get chilly!” says the author. 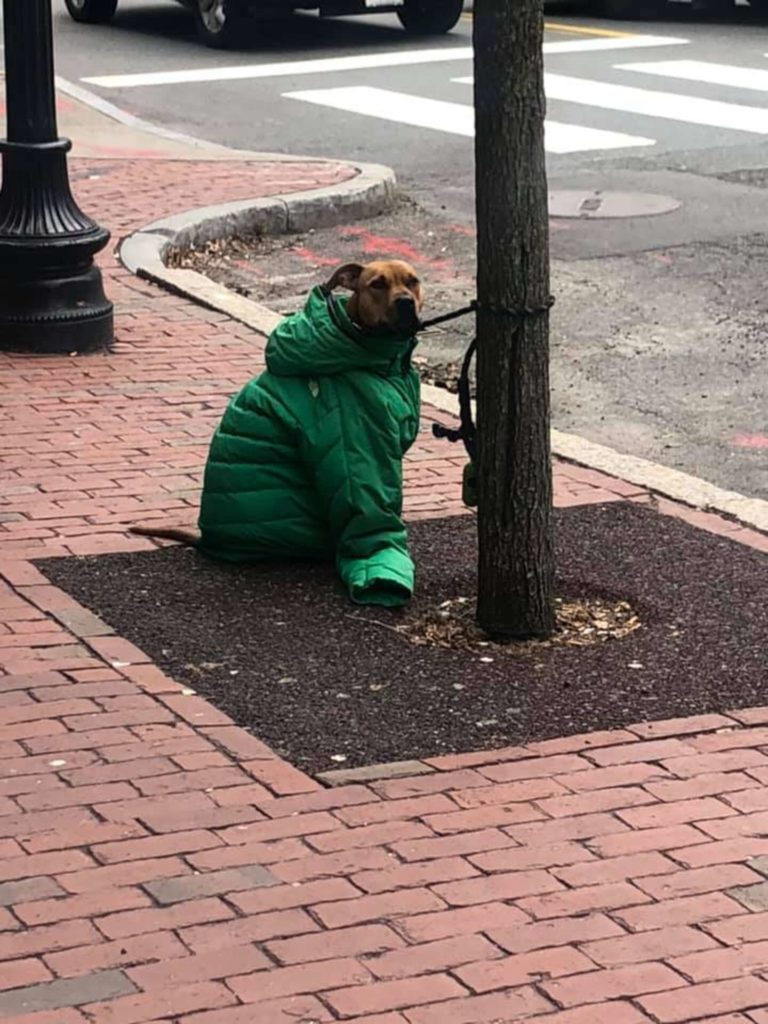 CREDIT: KRISTINA HOLLIE
The lovely canine drew a lot of attention while sitting on the pavement in his jacket, with many stopping to snap his photo or comment on his comfortable clothing.

“I noticed two or three other people pass past him and comment on how adorable and cuddly he looked,” Hollie explained. 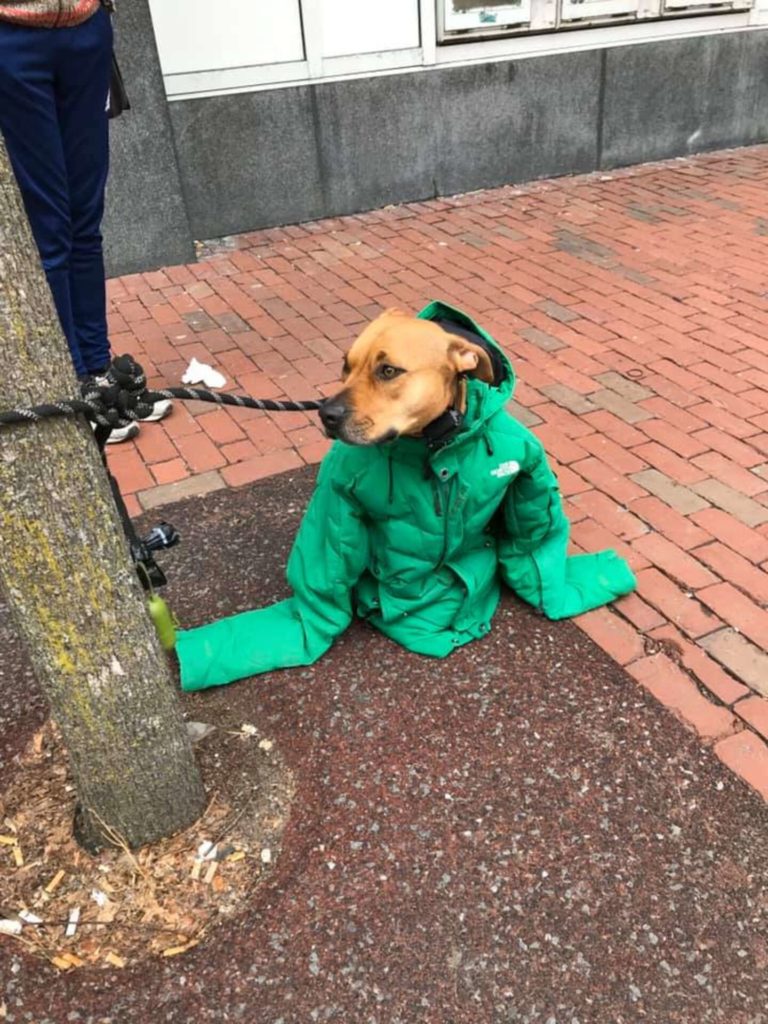