Every morning, caregivers at an ape refuge in Africa check on all of the inhabitants – and there are a lot of them.

When the gorilla carers went to check on Bobo’s group earlier this month, they discovered something strange.

After his mother was slain by poachers, Bobo, a western lowland gorilla, came to the refuge as a young and fragile 2-year-old infant in 1994. He’s a robust, massive silverback gorilla who leads his troop in the Cameroon refuge more than two decades later.

Despite being the dominant male in his group, Bobo is reputed to be a kind giant. When the carer noticed Bobo cradling a little wild bush baby he’d discovered in the jungle, Bobo’s kindness was never more obvious. 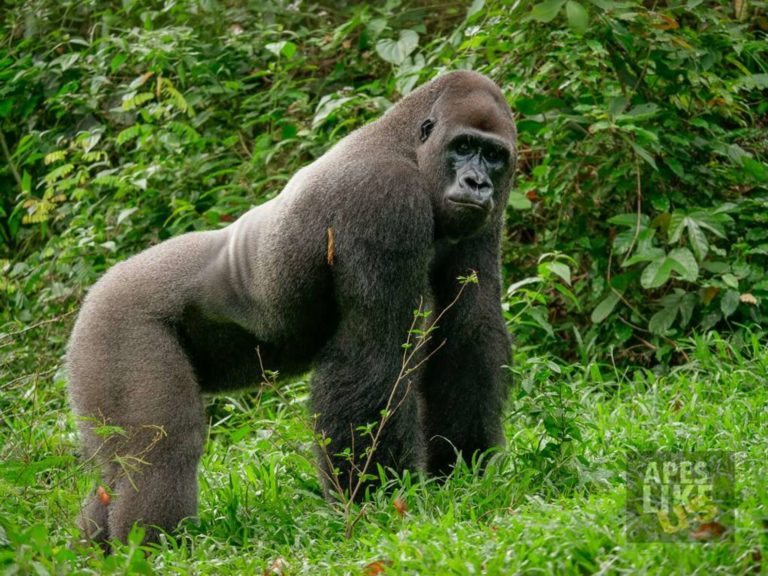 CREDIT: APE ACTION AFRICA
“This week, our silverback gorilla Bobo met an unexpected new playmate – a wild bush infant!” Ape Action Africa posted a status update on Facebook. “During their morning inspections, caregivers noticed him cradling the baby monkey and were astounded to see him handling it with such care.” 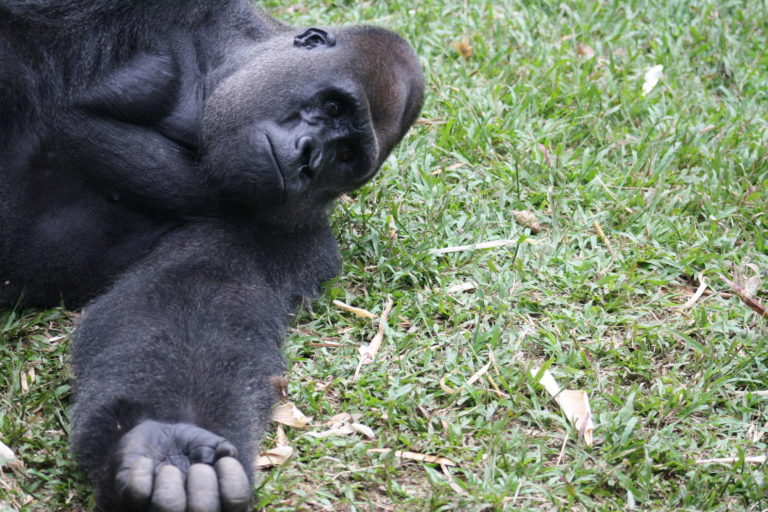 CREDIT: APE ACTION AFRICA
According to Elissa O’Sullivan, a representative for Ape Action Africa, the bush baby had most likely been residing within the gorilla’s enclosure. “The bush baby exhibited no fear of Bobo,” she told The Dodo, “moving around his body and hopping about in an open grassy area before deciding to return to Bobo.” 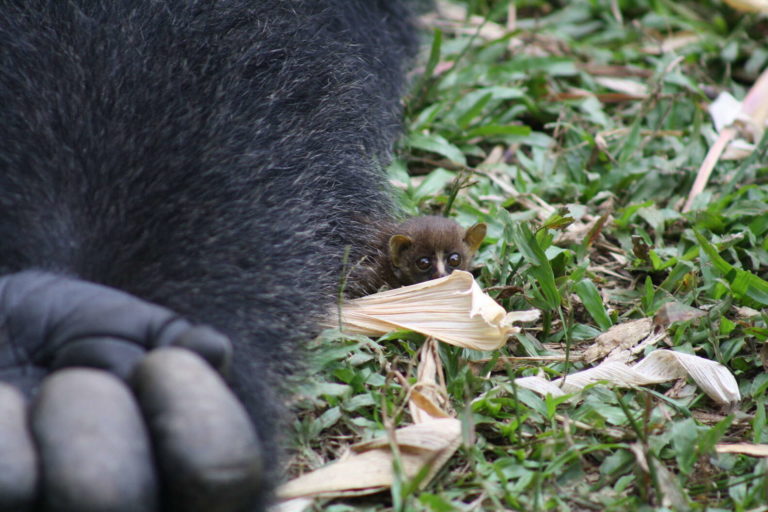 Bobo was fair: he let his gorilla buddies come near enough to gaze at the bush baby, even though he wouldn’t let them touch it. 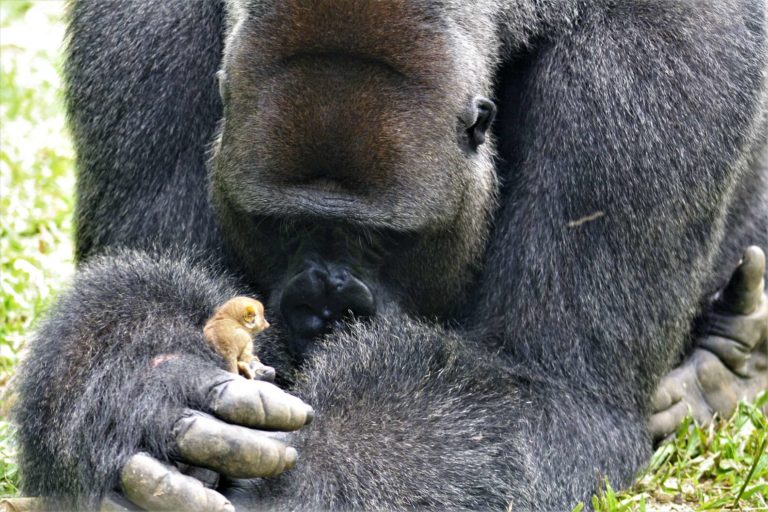 CREDIT: APE ACTION AFRICA
“Bobo’s group-mates were really intrigued, especially his favorite female Avishag,” the sanctuary reported, “but he kept them all at a safe distance, making sure that no one upset his new acquaintance.” “Bush infants are normally nocturnal, so seeing one, much alone seeing this type of relationship, is quite uncommon. The small bush baby was content to play in Bobo’s arms, occasionally darting off to investigate the neighboring grass before returning to Bobo’s grasp.” 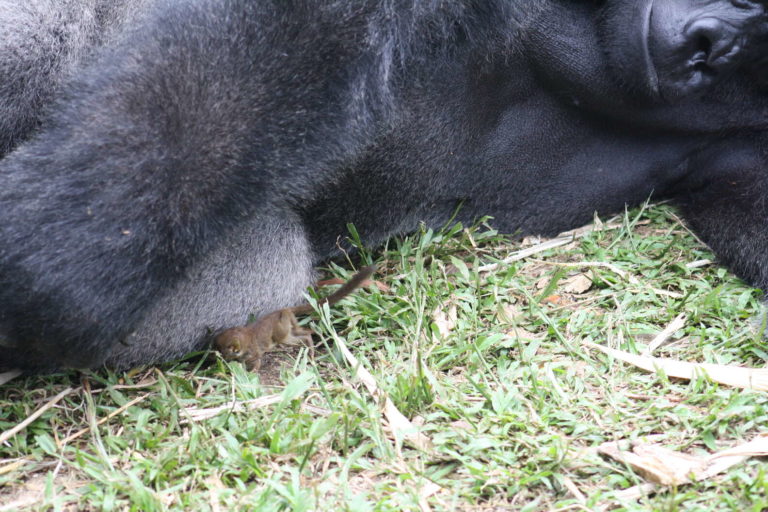