In early April, a homeless cat was saved from being mauled by other animals and sent to the Friends of Anne Arundel County Animal Care & Control, Inc Shelter.

The local staff realized that the cat was not alone because she was nursing on the day of the rescue, but they were unable to locate her offspring, so they advised nearby citizens to contact the shelter if they heard or saw the kittens. 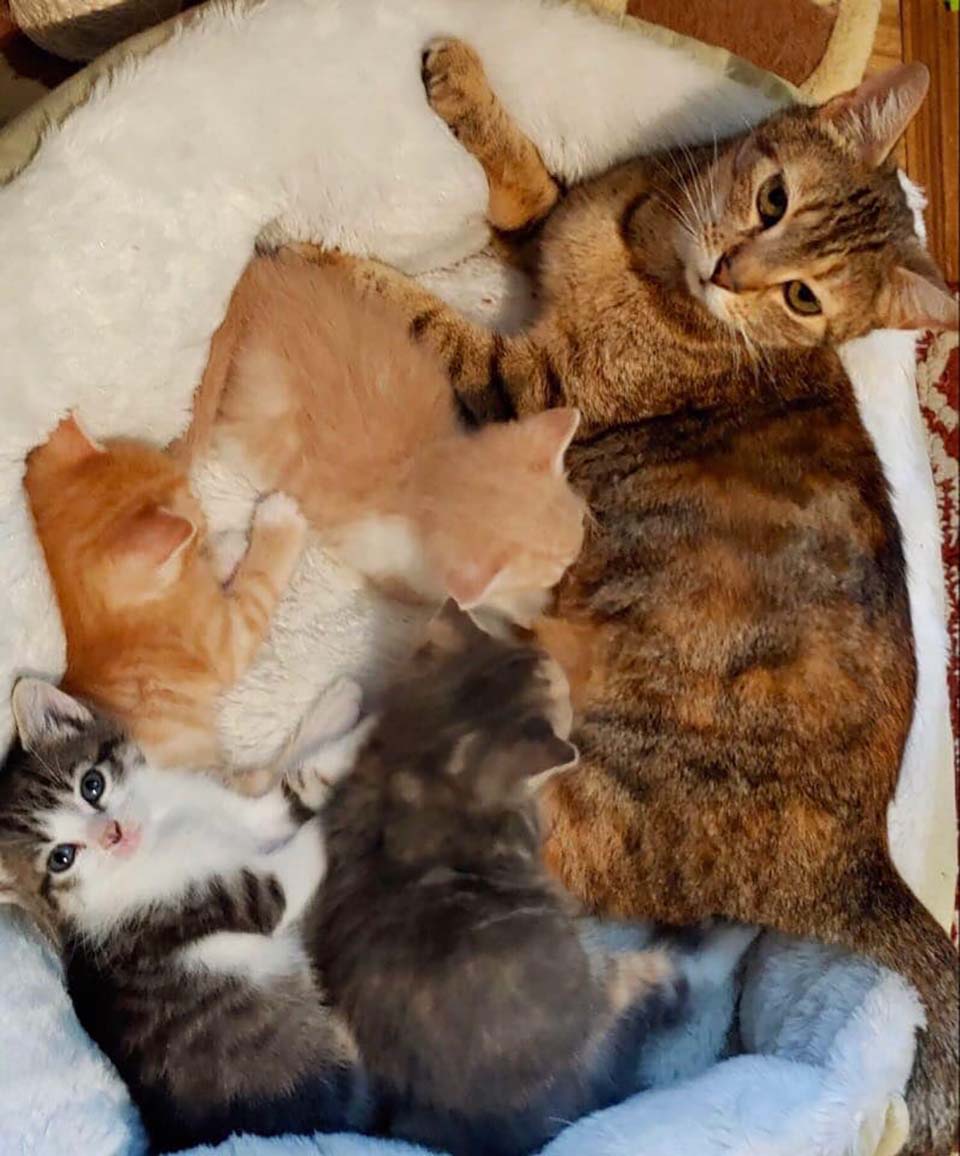 That same week, neighbors heard five little kittens meowing near a mobile home; one of the shelter volunteers, Mindy Brocato, was in charge of finding the kittens and transporting them to the shelter, where they were reunited with their heartbroken mother, whom they named Toodles. 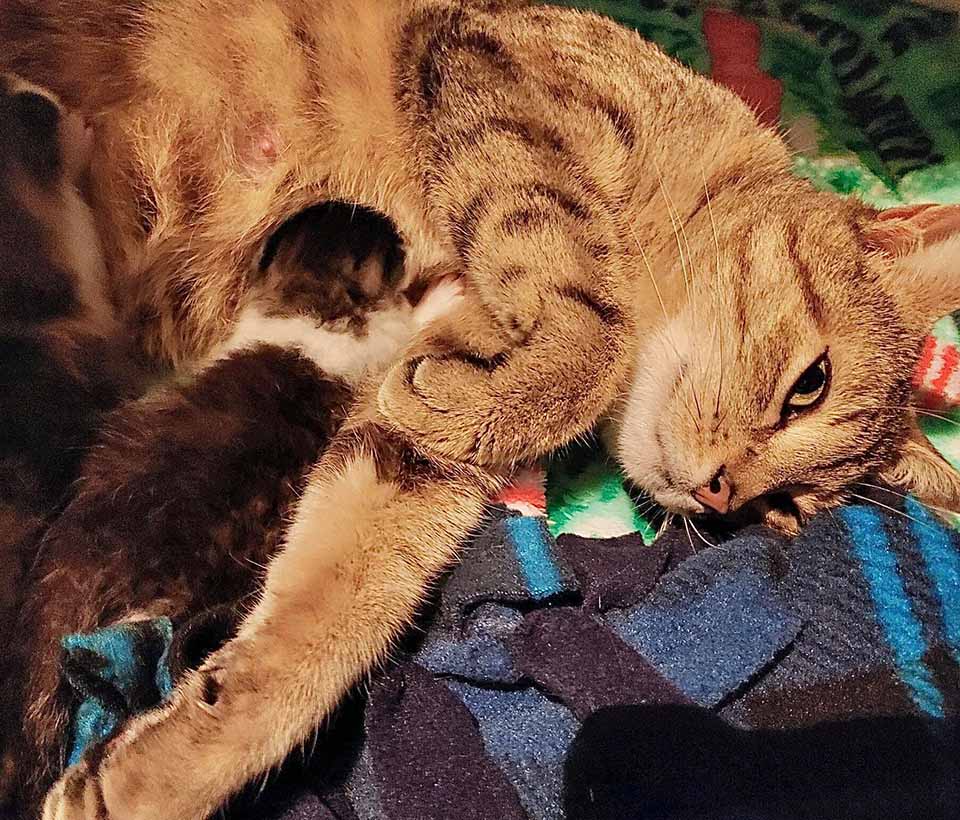 When Toodles heard the meows, she instantly sat up and looked about, trying to figure out where they were coming from.

She sniffed and meowed as she licked one of the kittens who had been placed on her bed to calm him. 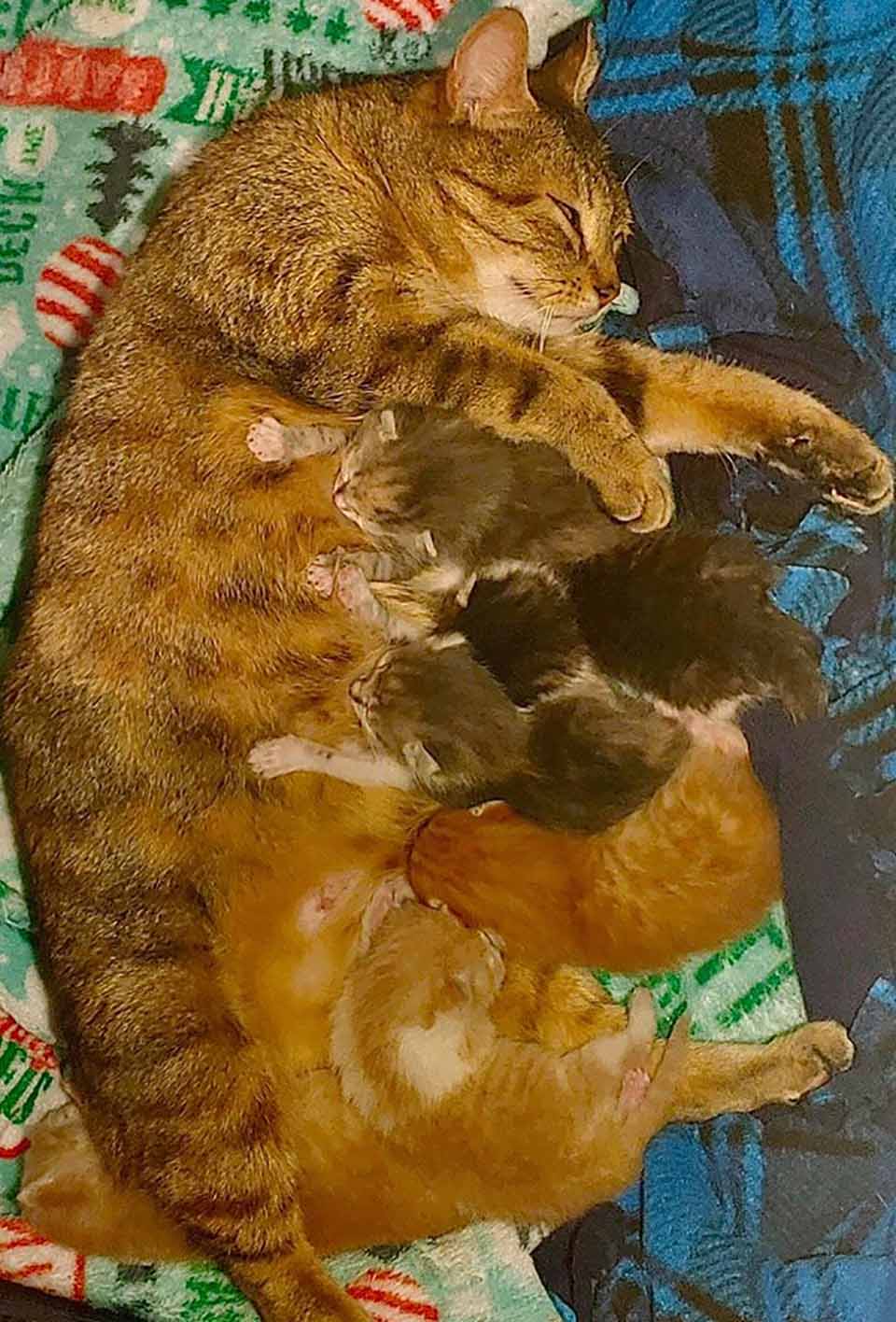 The 5 kittens meowed and attempted to snuggle up to their mother’s side, and the beautiful mother lay down ready to feed them to quiet their sobbing, and the kittens calmed down to eat their supper as Toodles kept a close eye on them.

But not everything was well for this feline family; later that night, the shelter got a call reporting the discovery of a kitten in the same area.

Staff at the shelter stated:

“Under the same mobile home where the first five kittens were discovered sobbing for their mother, a sixth kitten was discovered crying for its mother.” 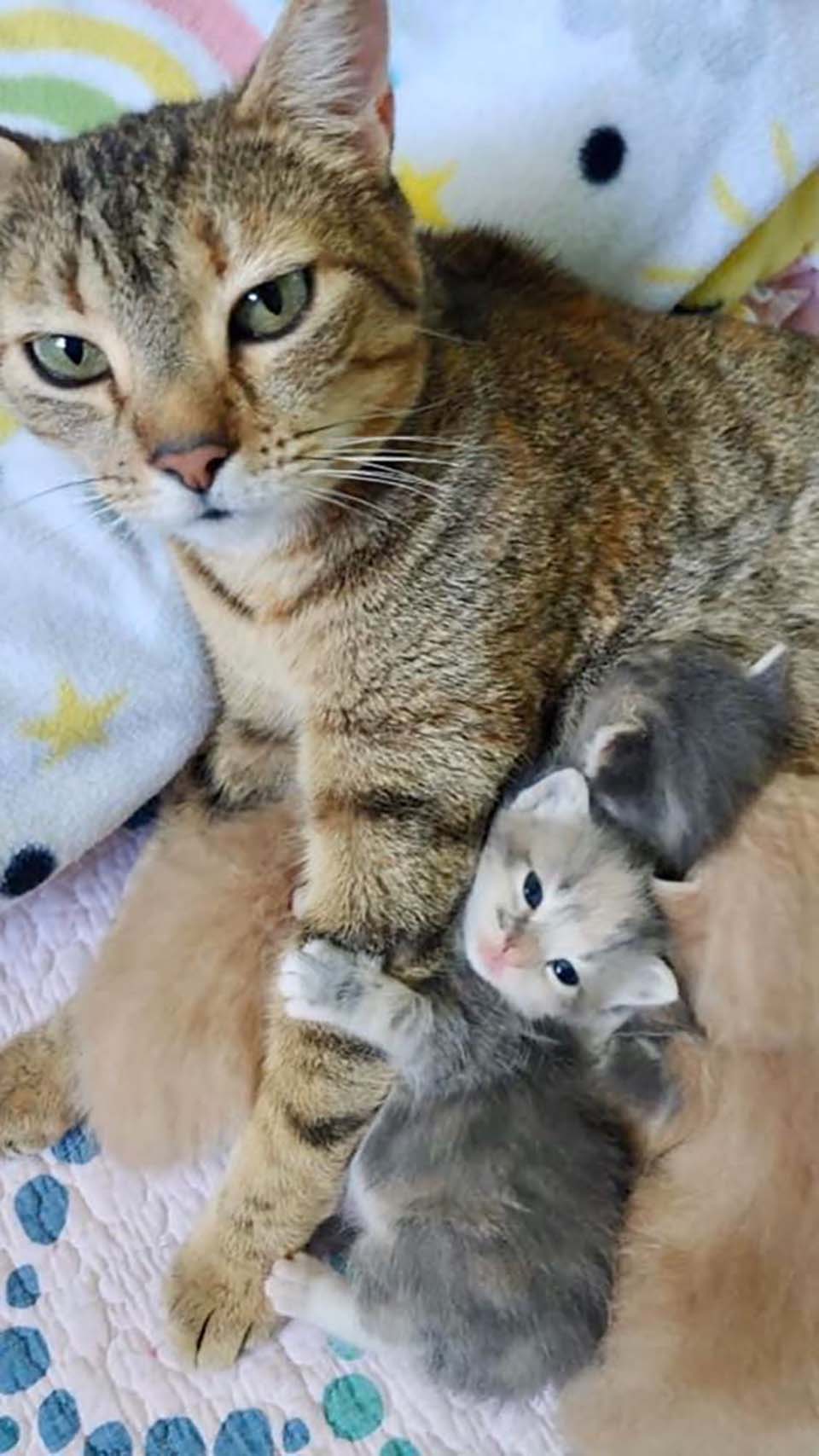 When the sixth kitten arrived at the shelter, it was reunited with the rest of the litter and went straight to its mother for nourishment.

The team went on to say:

“When this second baby arrived, Toodles appeared much more calm, and Toodles and her kids are prospering, owing in no little part to the kind and skilled foster home.” 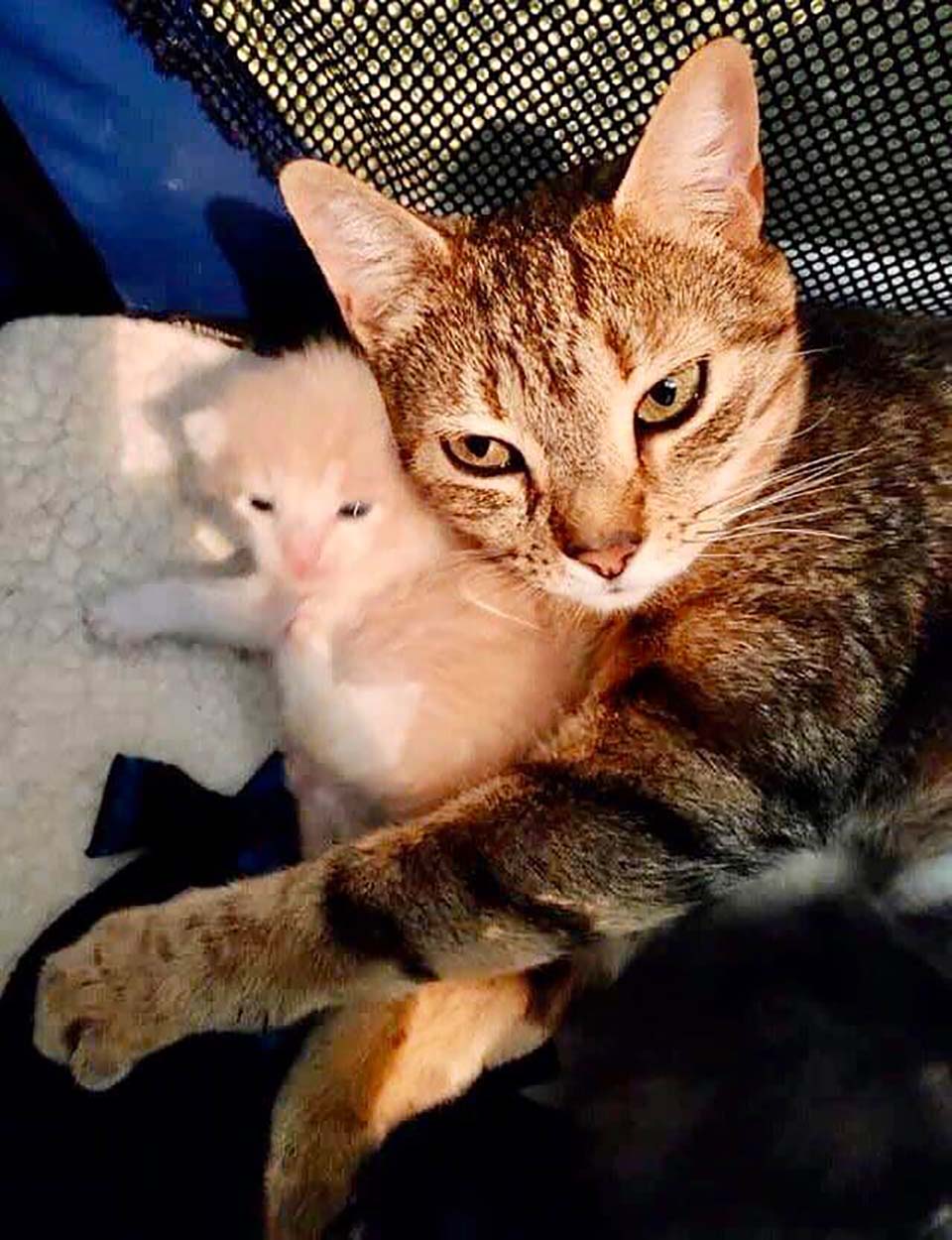 Toodles isn’t bothered if she needs help feeding her kids. The kittens struggled to acquire weight and required more feeding.

They’ve grown in size and become more alert. “The foster home and Toodles are working together to raise these strong and joyful children.” 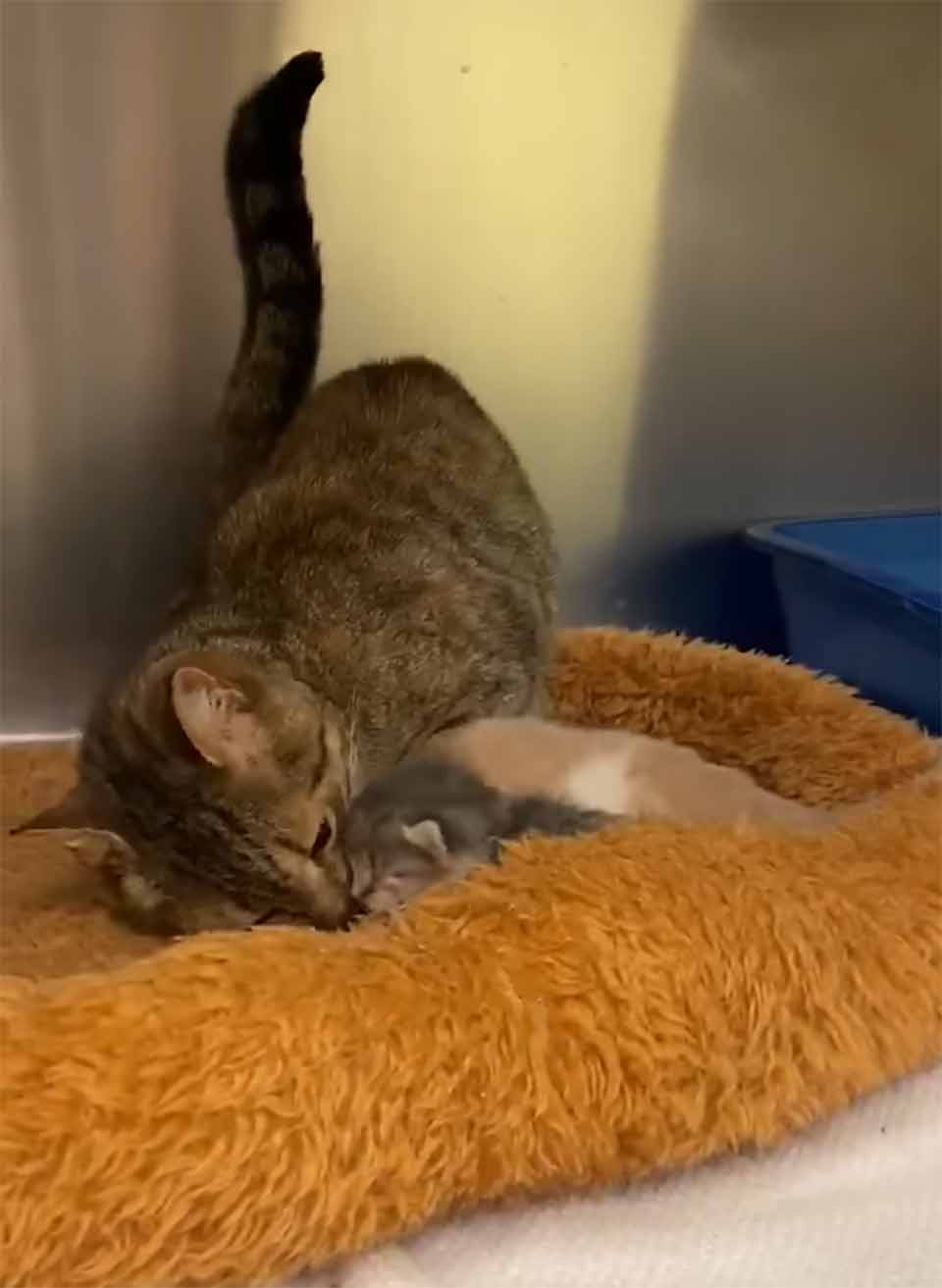 Kittens who are a few months old, have grown up, and appear to be in good health are almost ready to find a permanent home.

The shelter had this to say:

“The shelter’s first application was for Toodles and Percy, the sixth kitten. It’s especially heartwarming to have the mother cat chosen for the first time, as the mother cat is frequently the last to find a permanent home.” 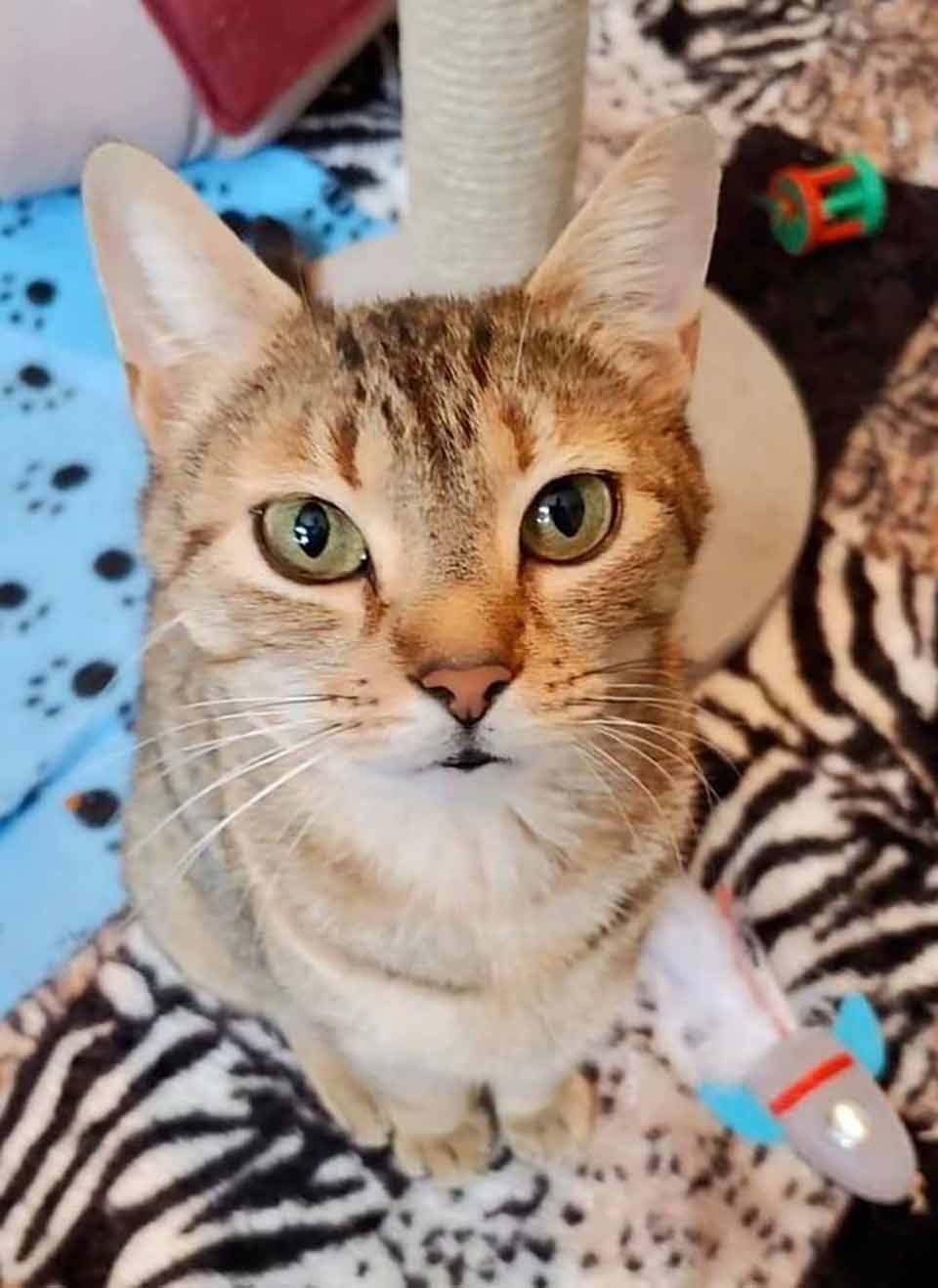